Call Us For Free Consultation 918-982-6840 sales@telephoneconnectionsllc.com

Now is the Time to Migrate to VoIP Phone Service 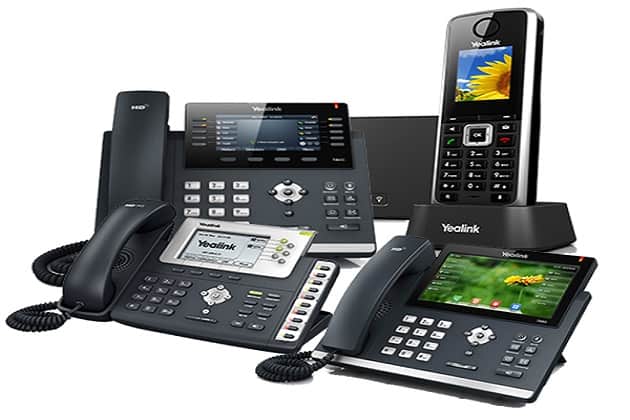 If you not yet migrated to VoIP Phone Service and are thinking about making the switch, this would be a great time to do it. According to the FCC, VoIP telephone subscriptions in the U.S. have been growing at a compound annual growth rate of 10% since 2013, and retail switch access has been declining by 11% annually during the same period. At that rate, Voip Phone Service subscribers now outnumber switched access customers, and ISDN connections are quickly sliding into obsolescence. SIP trunking is becoming the standard for PSTN connectivity.

To ensure a smooth transition, start by answering these four basic questions to set them up for success. 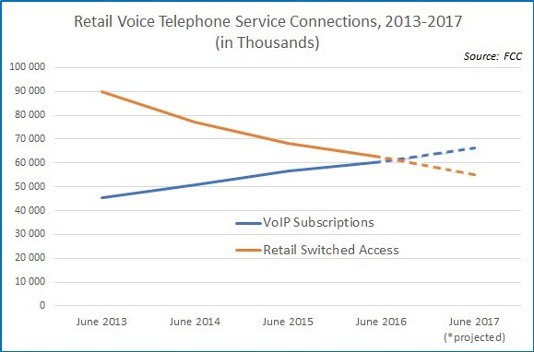 What kind of PBX do you have?

If your business has a conventional (legacy) PBX, you will require an IP module that will allow the PBX to interact with the SIP trunk. This module, provided by the manufacturer of the PBX, is usually proprietary hardware and can be somewhat expensive. A second (and usually less expensive) solution is to use a separate device called a voice or media gateway that will essentially translate the signaling from the PBX to VoIP and vice versa. Contact us for a free consultation so we can compare equipment from different manufacturers.

If you already have an IP PBX and it is connecting to the PSTN using traditional ISDN circuits, then they probably have a gateway to allow the IP PBX to interface with the ISDN PRI circuits. Obtaining a SIP trunk will essentially make the voice gateway obsolete.

Finally, if you have a hosted IP PBX, then they do not need a SIP trunk since the hosting telecommunications provider provides connectivity to the PSTN via its own internal SIP trunk.

What is the maximum bandwidth you will require for voice conversations with the PSTN?

A SIP trunk uses the organization’s connection to the internet to gain access to the PSTN. For this reason, it is important to determine how much traffic will be used by voice packets in order to prepare the connection appropriately. Voice traffic that traverses an IP network is encoded using what is called a codec. The most popular codecs include G.711 and G.729. The first provides voice quality equal to traditional telephony with a bandwidth of about 87 Kbps per voice conversation (including overhead), while the second requires a bandwidth of 31.2 Kbps (including overhead) with a slightly lower voice quality as a tradeoff. To determine the required bandwidth, just multiply the estimated maximum number of simultaneous calls with the PSTN by the required bandwidth of the chosen codec. For example, if an organization of 150 employees requires 45 simultaneous calls as a maximum using the G.711 codec, the required bandwidth will be 45 x 87 Kbps = 3.915 Mbps. For today’s standards of internet connectivity speeds, voice traffic uses very little bandwidth.

What kind of internet connectivity do you have?

This question has more to do with the configuration of the connection rather than the actual raw speed provided. As mentioned above, voice packets will account for a very small percentage of the total bandwidth available. There are two issues that should be examined here: quality of service and redundancy.

Quality of service or QoS is the ability of network edge devices and the ISP devices to prioritize network traffic and allow VoIP packets to be sent and received in a timely manner. QoS is a science in and of itself, and there are best practices that should be applied to the network edge to accommodate the needs of VoIP regardless of the bandwidth of the connection.

Like telephony, internet connectivity for businesses and organizations is a mission-critical service. For this reason, redundancy on internet connections is often necessary. This also allows VoIP to continue the tradition of analog telephony of five nines (99.999%) reliability. If such reliability for both internet and telephony is necessary for your business, consider redundant ISP connections and redundant edge network equipment.

Do you need a backup solution?

In the past, SIP trunks and VoIP technology, in general, was thought to be a technology lacking the reliability and robustness of traditional telephony. This is no longer the case. VoIP, when designed correctly, approaches and may even surpass the levels of availability that traditional telephony has achieved. Backup POTS connections for VoIP systems are no longer necessary as redundant internet connectivity, IP rerouting capability and QoS technologies have brought VoIP on par with the standards the conventional telephony industry has enjoyed for so many years.

Sooner or later it will be necessary to migrate conventional telephony circuits to SIP trunks. It is always preferable to do so in a controlled manner, in line with budget planning. For a Free Voip Phone Service Consultation Click Here.